The Virtues of Capitalism

By Arthur Seldon
Edited and with Introductions by Colin Robinson

The Virtues of Capitalism lays the foundation of his views and theories of capitalism and its alternatives. The first part, Corrigible Capitalism; Incorrigible Socialism, was first published in 1980. It explains why, Seldon believes, “private enterprise is imperfect but redeemable,” but the “state economy promises the earth, and ends in coercion to conceal its incurable failure.”

The second part, Capitalism, is widely considered to be Seldon’s finest work. Originally published in 1990 by Basil Blackwell of Oxford, it is the winner of the 1991 Antony Fisher Award from the Atlas Economic Research Foundation. This book covers a wide range of the classical liberal thought that inspired the movement toward free-market reforms in Great Britain and intellectually opposed the collectivist tide of socialism. In an understandable and eloquent manner, Seldon offers Capitalism as a celebration rather than a defense of classical liberalism. Through his analytical commentaries, Seldon chronicles the economic and social history of the western world throughout the 20th century, noting the intoxicating yet detrimental effects of collectivism. Along the way, he builds a powerfully compelling case why government should economically confine itself to the delivery of essential public goods. Throughout the book, he proposes free-market alternatives to socialist models of government, many of which still plague the economies of the world. 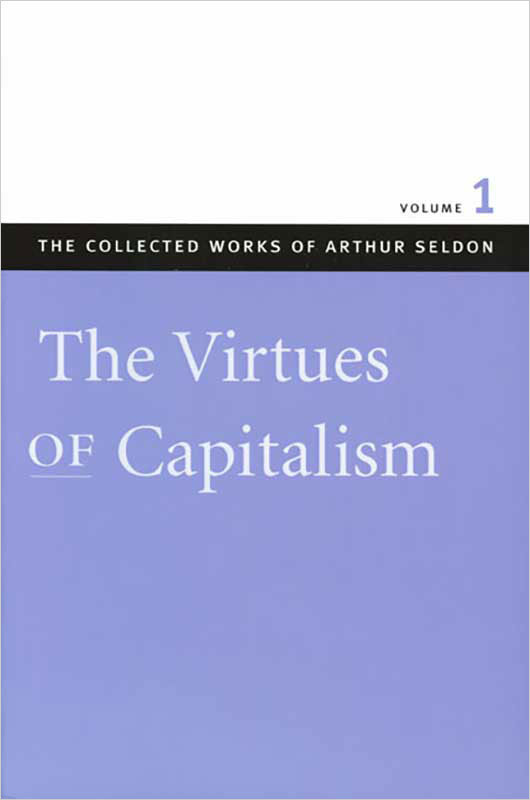