The Isle of Pines and Plato Redivivus

By Henry Neville
Edited and with an Introduction by David Womersley

Henry Neville (1620–1694), writes David Womersley in his Introduction, was “an experienced political actor who united a practitioner’s sense of possibility with literary flair and imagination as he struggled to achieve headway for his republican commitments in the deceptive waters of late Stuart monarchy.”

Educated at Oxford, Neville made an extended visit to Italy in 1643–44, where he formed long-standing connections in Florence and studied the institutions of republican Venice. In 1649 he entered the House of Commons with the support of Algernon Sidney (who was his second cousin). Over the next few years, Neville wrote pamphlets against the usurpation of the army and the threat of Cromwellian dictatorship, and as the Restoration approached, he was a leading member of James Harrington’s Rota Club.

In late 1667 or early 1668, after he had returned to England from a second trip to Italy, Neville wrote the two works on which his reputation now rests. The Isle of Pines (1668) is at initial glance a slight, even salacious, shipwreck fantasy in which a fictional Elizabethan castaway, George Pines, and four female co-survivors populate a luxuriant tropical island with a thriving community that numbers, after two generations, almost two thousand. Like Harrington before him, Neville plays with the island trope and flirts with political implication, although it is unclear quite how serious and profound these implications are intended to be.

Neville pursues similar republican themes more fully and directly in his major work of 1680, Plato Redivivus. Often read as a moderate adaptation of Harringtonian principles to the realities of a monarchical system that was now again entrenched, the treatise is notable for its insistence on kingship as a trust from the people, on the duty of kings to relegate their own interests beneath those of their subjects, and on constitutional sanctions such as annual parliaments as necessary checks on royal power. “Mixed monarchy” and “limited monarchy” are emphatic terms throughout the work. However, Neville’s critique of late Stuart monarchy relies more on the kind of cosmopolitan republicanism to which he had been exposed in his Italian travels than it does on more familiar home-grown concepts such as ancient constitutionalism.

The only scholarly edition of Henry Neville’s most important writings, the Liberty Fund edition is constructed on a solid textual foundation, offering for the first time a thorough annotation of both texts. 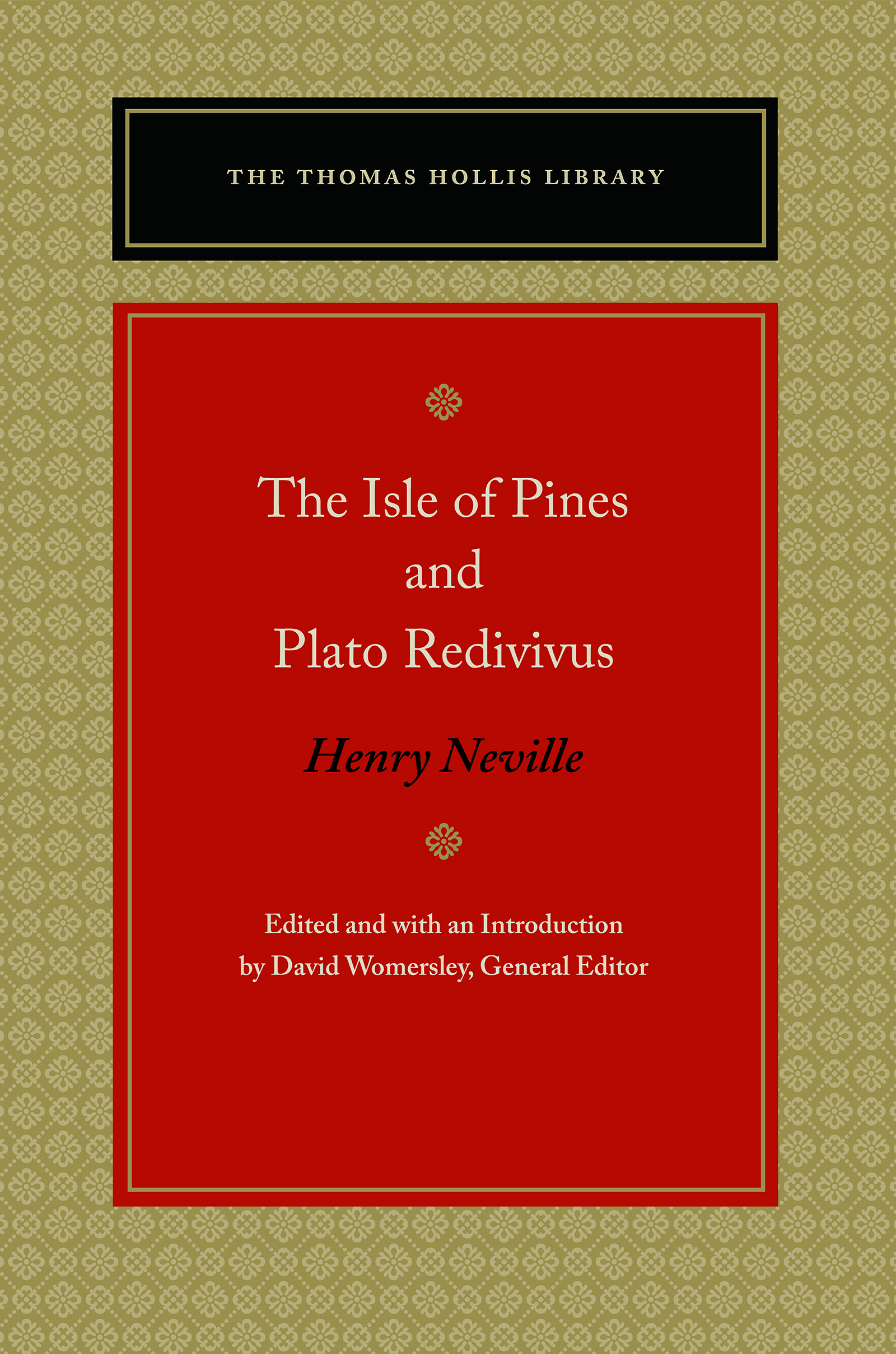