Edited, Selected, and with an Introduction by David Womersley

The questions of where to locate, in whose hands to place, and how to exercise the state’s powers of deadly military force inform a perennial topic in political theory and coalesce into a recurrent problem in political practice. Liberty Fund presents Writings on Standing Armies, a newly collected, authoritative edition of the most important pamphlets on the “standing armies” controversy of 1697–98. In addition, these writings express a subtext that is of equal and enduring importance: the transforming effects exerted by the prolonged possession of power on individuals and administrations.

Whether arms should be entrusted to a standing army or reserved to a citizen militia is a central theme in a political tradition that descends from Machiavelli. Part of the popular grievance against James II in the years leading up to the Glorious Revolution had been suspicion of his maintenance of troops in time of peace, because it was feared this might be used as an instrument of absolutism. Therefore, when the Bill of Rights was drawn up in 1689, one of the articles explicitly addressed this concern, specifying “the raising and keeping a Standing Army, within this Kingdom, in time of Peace, without Consent of Parliament” as one of James II’s transgressions against his people, and consequently declared that “the raising or keeping a Standing Army within this Kingdom in time of Peace, unless it be with Consent of Parliament, is against Law.” However, in the 1690s, William III had steadily increased the number of his troops until, by 1696, it exceeded the number maintained by James II. The crisis split the Whigs into those determined to stand by the principle of opposition to standing armies versus those content to modify principles for the practical exigencies of government.

David Womersley’s introduction situates these texts in the European debate about standing armies and places them in the narrower context of the specifically English altercations on the subject during the reigns of William III, George I, and George II. 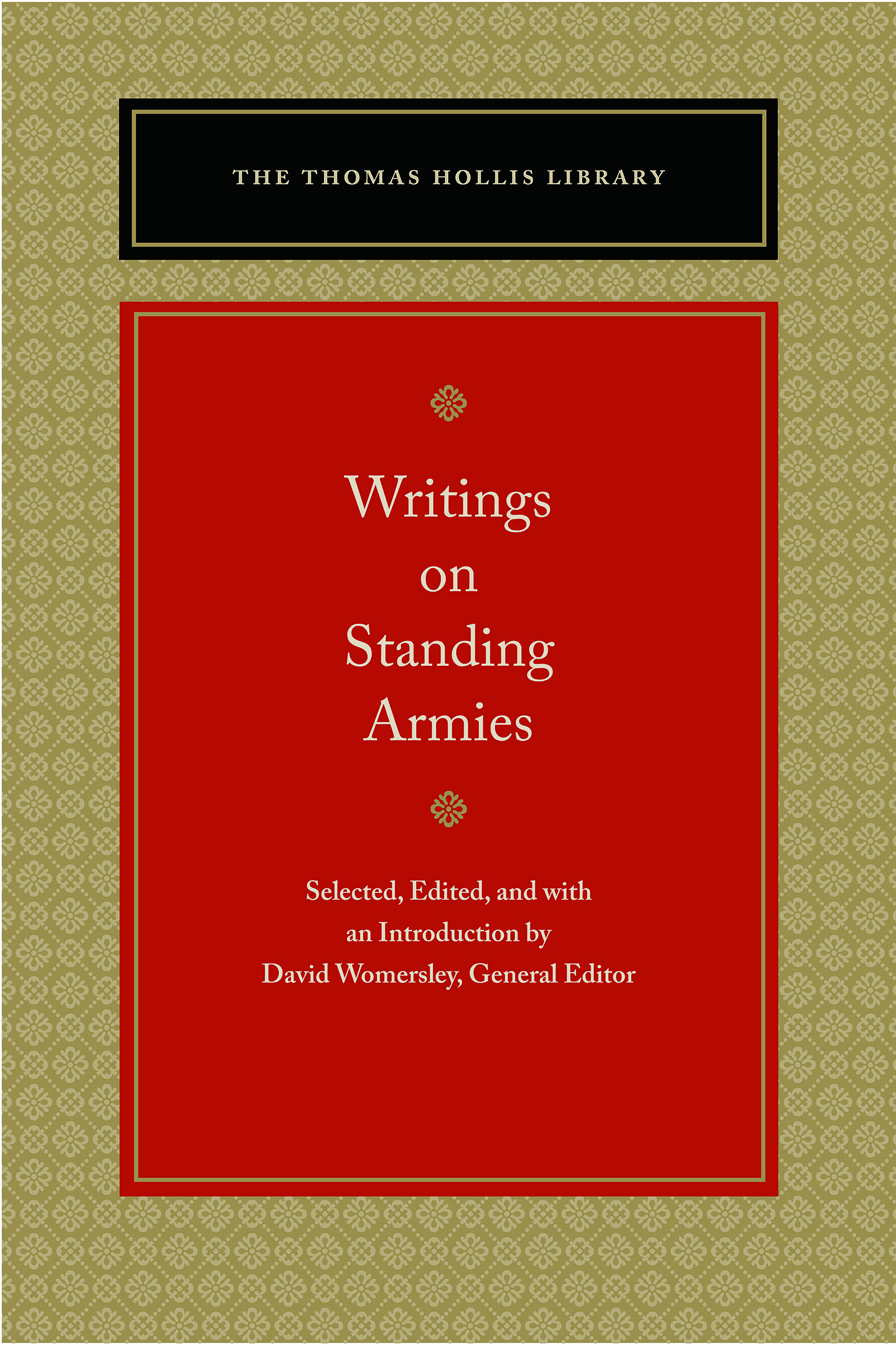