The Organization of Inquiry

The Organization of Inquiry, the third volume in Liberty Fund’s The Selected Works of Gordon Tullock, was originally published by Duke University Press in 1966. This is a treatise by one of the most stalwart practitioners of the scientific method in political economy—Gordon Tullock. Charles K. Rowley, Duncan Black Professor of Economics at George Mason University, writes in his introduction to this book, “From a purely technical perspective, this book stands out as his [Tullock’s] best-written single authored work. The book sets out his own views on scientific method—views that he would faithfully reflect in all of his subsequent scholarship.”

In this book, Tullock focuses attention on the organization of science, raising important questions about scientific inquiry and specifically about the problems of science as a social system. Tullock poses such questions as how do scientists engage in apparently cooperative contributions in the absence of hierarchic organization and why are scientific contributions worthy, for the most part, of the public’s trust? Throughout The Organization of Inquiry, he sets out to answer these questions and many more through a pioneering exploration of the interrelationship between economics and the philosophy of science, much of which defied then conventional wisdom.

Anyone interested in any scientific endeavor will find the combination of Tullock’s powerful logic, his sharp forensic skills, and his barbed wit completely elucidating and helpful to their pursuits. 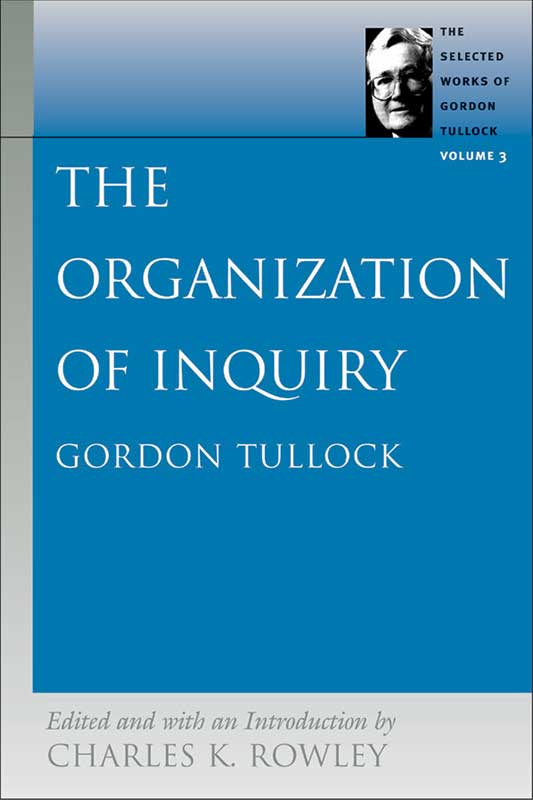