The IEA, the LSE, and the Influence of Ideas

Volume 7 of The Collected Works of Arthur Seldon includes six works that discuss the role of the Institute of Economic Affairs, where Seldon spent most of his working life.

Friedrich Hayek regarded himself as partly responsible for the creation of the IEA. The Institute, founded by Sir Antony Fisher, was influential not only in the United Kingdom—where it had a major impact on the policies of the Thatcher governments of the 1980s—but all around the world. Many of the classical liberal and free-market think tanks in the United States and other countries were established by Fisher and were modeled on and took their inspiration from the IEA.

In the works in this volume, Seldon emphasizes the power of ideas to transform society and provides insight into how he saw the place of the IEA (and his own role within it) in starting to bring about that transformation. 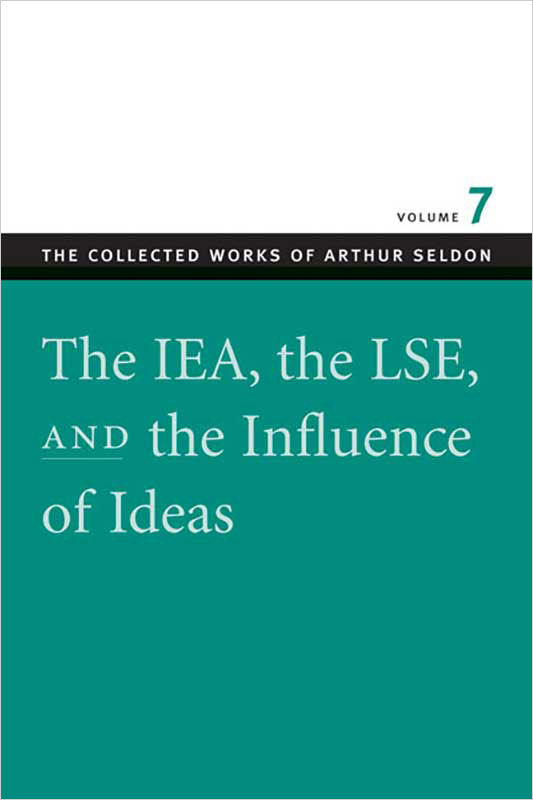