The Economics of Politics

The Economics of Politics is the fourth volume in Liberty Fund’s The Selected Works of Gordon Tullock. This volume includes some of Gordon Tullock’s most noteworthy contributions to the theory and application of public choice, which is a relatively new science that links economics and political action. This volume combines the best parts of two of his books, Private Wants: Public Means and On Voting, as well as his famous monograph The Vote Motive.

The common thread of The Economics of Politics is the importance of the bond between Homo politicus and Homo economicus: they are the same species, each driven largely by self-interest in vigorous pursuit of such personal objectives as wealth, power, prestige, and income security within the confines of society. The Economics of Politics covers such diverse public choice topics as: the nature and origins of public choice, the power of using economic analysis to understand and predict the behavior of politically influenced markets, and an evaluation of voting rules and political institutions.

Equally confident in both the normative and the positive branches of the discipline, and well-versed in the wide variety of institutions and practices of democracy throughout history, Tullock takes the reader on a journey that goes well beyond the conventional horizon of public choice. 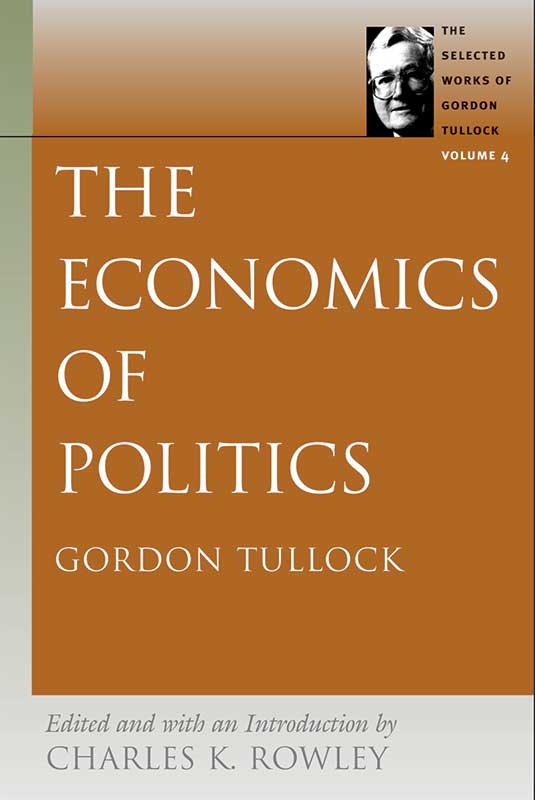