The Crisis of the Seventeenth Century Religion, the Reformation, and Social Change

The Crisis of the Seventeenth Century collects nine essays by Trevor-Roper on the themes of religion, the Reformation, and social change.

In his longest essay, “The European Witch-craze of the Sixteenth and Seventeenth Centuries,” Trevor-Roper points out that “in England the most active phase of witch-hunting coincided with times of Puritan pressure—the reign of Queen Elizabeth and the period of the civil wars—and some very fanciful theories have been built on this coincidence. But . . . the persecution of witches in England was trivial compared with the experience of the Continent and of Scotland. Therefore . . . [one must examine] the craze as a whole, throughout Europe, and [seek] to relate its rise, frequency, and decline to the general intellectual and social movements of the time.”

Because Trevor-Roper believes that “the English Revolution of the seventeenth century cannot be isolated from a general crisis in Europe,” he devotes the longest of his essays to the European Witch-craze. Events in England—and the intellectual currents from which they emerged and to which they gave impetus—cannot be understood apart from events and intellectual currents on the Continent.

Trevor-Roper acknowledges that the belief in witches, and the persecution of people believed to be witches, may be, to some at least, “a disgusting subject, below the dignity of history.” However, he goes on, “[I]t is also a historical fact, of European significance, and its rise precisely in the years of the Renaissance and Reformation is a problem which must be faced by anyone who is tempted to overemphasize the ‘modernity’ of that period.”

Hugh Trevor-Roper, Lord Dacre (1914–2003) was Regius Professor of Modern History at the University of Oxford. 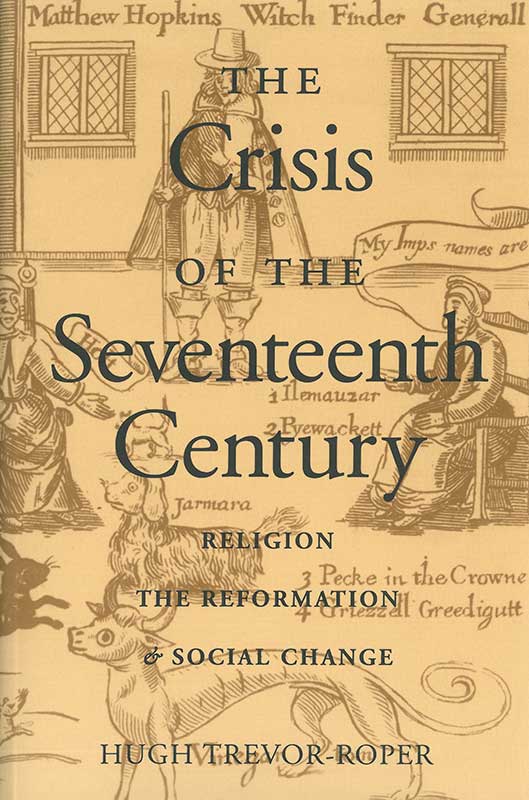