Pennsylvania and the Federal Constitution, 1787–1788

In Pennsylvania and the Federal Constitution, 1787–1788, John Bach McMaster, a professor of American history, and Frederick D. Stone, librarian of the Historical Society of Pennsylvania, assembled newspaper articles, editorials, and records about the debates in Pennsylvania’s ratifying convention. In addition to speeches and essays by both supporters and opponents of the Constitution, noninterpretive editorial comments are presented to introduce the documents and place them in the appropriate historical context. Also included in the volume are biographical sketches of key figures in Pennsylvania during this significant period of the American Founding, including Benjamin Franklin, Gouverneur Morris, Benjamin Rush, and James Wilson.

John Bach McMaster (1852–1932) worked as a civil engineer, taught civil engineering at Princeton University, and was Professor of American History at the University of Pennsylvania.

Frederick D. Stone (1841–1897) was Librarian of the Historical Society of Pennsylvania and an authority on United States colonial history. 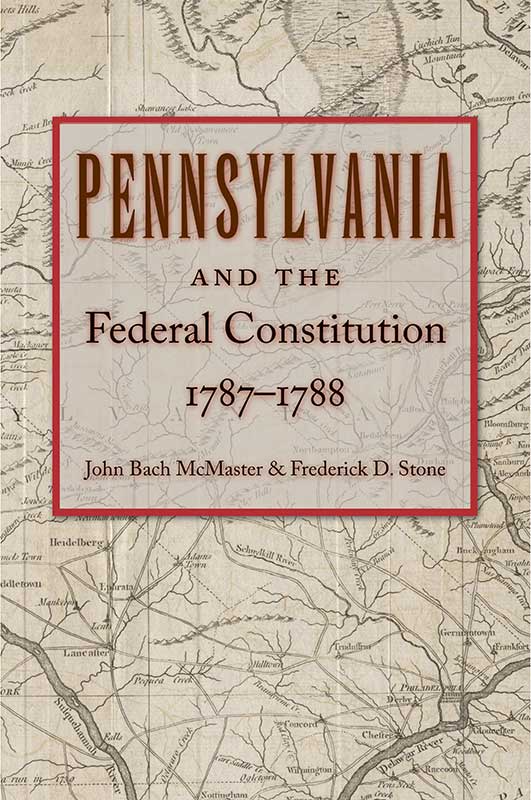