Ludwig von Mises: The Man and His Economics

Ludwig von Mises: The Man and His Economics is a collection of Israel M. Kirzner’s work regarding his mentor, including a monograph on Mises and his work as well as several articles detailing how he impacted the world of economics.

Kirzner showcases Mises not only as a man with a “sparkling, fresh, fundamentally new interpretation” of the tenets espoused by the Austrian School of economics, but also as Kirzner’s mentor and academic compatriot. To this end, Kirzner’s essays on Mises elucidate the work of both men and convey Mises’s ideas with unparalleled brilliance.

For Kirzner, Mises is a man with a mission: to reignite economists’ search for truth. It was this mission that led both Mises and Kirzner to champion economic science and its teaching—i.e., the unhampered market and the system of free enterprise—in response to the encroaching philosophical and economic shadow of socialism. As Kirzner put it, “Mises saw the denial of economics as an alarming threat to a free society and to Western civilization. It is economics that is able to demonstrate the social advantages of the unhampered market.”

Mises’s work was fundamental in reviving classical-liberal ideas in Europe and the United States. He resurrected inquiry into the importance of entrepreneurial function and the science of human action at a time when many economists were turning away from it. Mises’s economics offers ammunition to those who understand that humans are ultimately made to live with freedom and dignity. 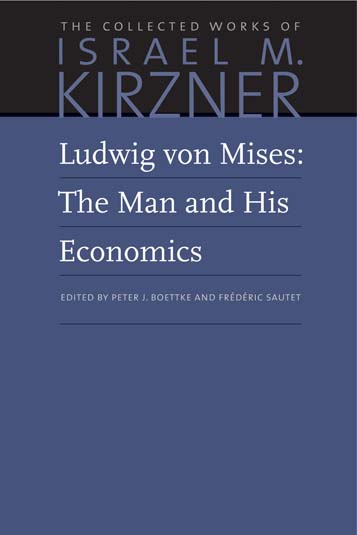