Introducing Market Forces into “Public” Services is the fourth volume in Liberty Fund’s The Collected Works of Arthur Seldon. It brings together six of Seldon’s most pivotal essays that discuss his alternative proposals for paying for “public” services rather than through coercive taxation. Specifically, Seldon focuses on the varied use of vouchers and the choices people have regarding purchasing or receiving such public services as health care and education. The recurring theme, as noted in Colin Robinson’s introduction, is that “non-market provision, financed by taxpayers, leads to a fatal disconnection between suppliers and consumers.”

Throughout this book, Seldon examines the options and obligations of the government as the “middle-man.” Seldon creates a compelling case that through a return to market principles, “efficiency in the provision of these services will improve, and, above all, people will regain the incentive to provide for themselves instead of relying on the state.” This volume is an invaluable resource for those embroiled in the public debate over such issues as education vouchers, managed health care, and overwhelming taxation. 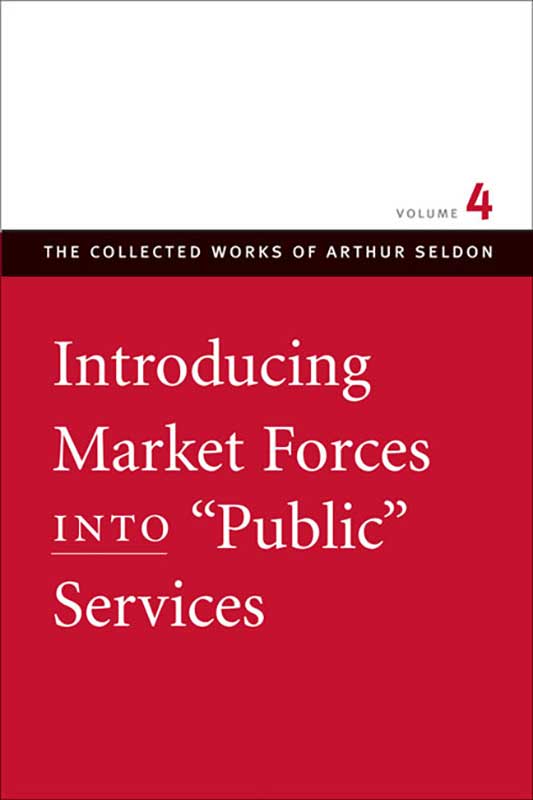