In Pursuit: Of Happiness and Good Government

Respected author, scholar, and columnist Charles Murray has long challenged accepted notions of public and social policy issues. In this volume, originally published in 1988, Murray presents a persuasive and practical argument that reconsiders commonly held beliefs of what constitutes success in social policy by examining the scope of government and its role in people’s pursuit of happiness.

In Pursuit: Of Happiness and Good Government begins by examining James Madison’s statement: “A good government implies two things; first, fidelity to the object of government, which is the happiness of the people; secondly, a knowledge of the means by which that object can best be attained.” Murray exhibits a thoughtful, accessible writing style as he considers such basic, important questions as whether individual efforts or government reform should be responsible for dealing with society’s problems. Drawing from his minimalist-government viewpoint, Murray proposes that government not try to force happiness on the people with federal policies or programs but, rather, that it provide conditions that enable people to pursue happiness on their own.

Murray also proposes that the pursuit of happiness be used as a framework for analyzing the efficacy of public policy, and he comes to the conclusion that Jeffersonian democracy is still the best way to run society, even today’s complex society.

Charles Murray is the W. H. Brady Scholar at the American Enterprise Institute for Public Policy Research. He has written numerous books, including Coming Apart, Losing Ground, Real Education, and Human Accomplishment. He is perhaps best known for coauthoring the 1994 New York Times bestseller The Bell Curve with the late Richard J. Herrnstein. 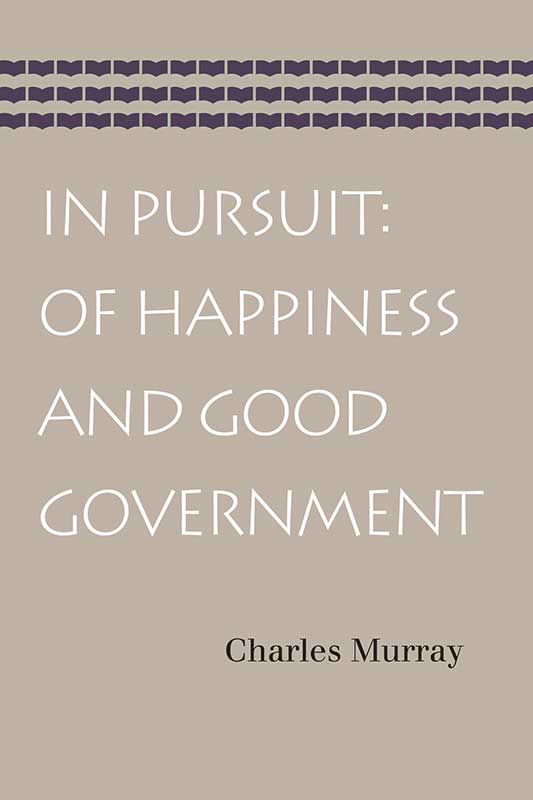