Goodriches: An American Family, The

When local author Dane Starbuck set out several years ago to write the biography of Pierre Goodrich, scion of one of Indiana’s most prominent twentieth-century families, he soon discovered that it was impossible to really understand Pierre Goodrich without also closely examining his family. Starbuck’s years of research culminated in The Goodriches: An American Family, now available from Liberty Fund. This work is a revealing window into the founding ideals of both Indiana and our country, and how our founders meant these ideals to be lived.

The Goodriches: An American Family begins with the birth of James P. Goodrich in 1864 and continues through the death of his son Pierre F. Goodrich in 1973. As the story of two fascinating and fiercely individualistic men, it is compelling reading, but as author Dane Starbuck says in the preface, ‘‘the later chapters of this book are as much a social commentary on American life in the twentieth century as parts of a biography of two accomplished men.”

In his foreword to The Goodriches: An American Family, James M. Buchanan, Nobel laureate in economics and celebrated Liberty Fund author, says, “The Indiana Goodriches are an American family whose leading members, James and Pierre, helped to shape the American century. . . . This biography makes us recognize what is missing from the millennial setting in which we find ourselves. We have lost the ‘idea of America,’ both as a motivation for action and as a source of emotional self-confidence. We have lost that which the Goodriches possessed.”

What did the Goodrich family “possess” which made them so unique? A belief in the power of knowledge, the importance of education, and a strong work ethic combined to imbue the Goodrich family with a distinctive sense of civic duty. James Goodrich served as governor of Indiana from 1917 to 1921 and as adviser to Presidents Warren G. Harding, Calvin Coolidge, and Herbert Hoover. During his eulogy of James Goodrich, the Reverend Gustav Papperman explained, “The Governor felt that he had been given talents that were a trust, that he was to administer them faithfully. . . .”

According to author Dane Starbuck, “Education was a large part of the Goodriches’ work ethos. . . . The family viewed education as a process by virtue of which the individual remained informed, made better business decisions, learned the importance of citizenship, and was given an opportunity for individual self-improvement. Therefore, work and education became the centerpieces of the Goodrich family’s ethical and practical life.” In later years, Pierre Goodrich, successful businessman and entrepreneur, would set aside a portion of his estate to found Liberty Fund because he believed that the principles of liberty on which our nation was founded need to be constantly kept before the public. 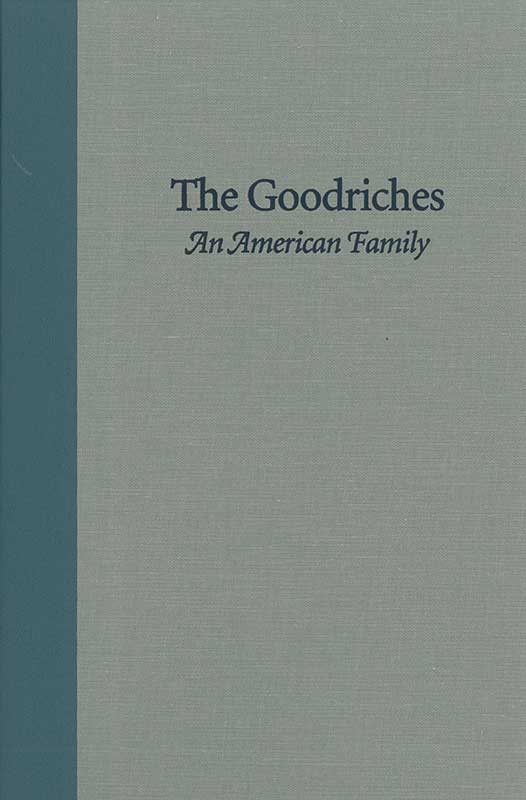