Education for Life Correspondence and Writings on Religion and Practical Philosophy

By George Turnbull
Edited and with an Introduction by M. A. Stewart and
Paul Wood
Texts translated from the Latin by Michael Silverthorne

George Turnbull belongs with a group of early Scottish Enlightenment thinkers, including Francis Hutcheson, who found their native Calvinism too repressive. They sought to relocate religion within a context of reason and science and to establish a tolerant and humane ethic upon values rooted in classical ideals.

In a distinctive voice, Turnbull presented natural-law theory “scientifically,” harnessed the arts to promote moral and civil virtue, and extolled reason as the foundation of liberty. The works in this volume exhibit the close interrelations between these concerns and show him as a paradigmatic “Enlightenment” figure. This extremely rare material includes two Aberdeen graduation theses, three tracts on religion, various writings on education and art, and, for the first time in print, the correspondence of Turnbull.

George Turnbull (1698–1748) was born in Scotland and ordained into the Church of England in 1739. A key figure in the Scottish Enlightenment, he taught moral philosophy at Marischal College, Aberdeen, where one of his pupils was Thomas Reid, who became the main representative of the Scottish Common Sense philosophy.

M. A. Stewart is Honorary Research Professor in the History of Philosophy at the Universities of Lancaster and Aberdeen.

Paul Wood is Professor of History at the University of Victoria. 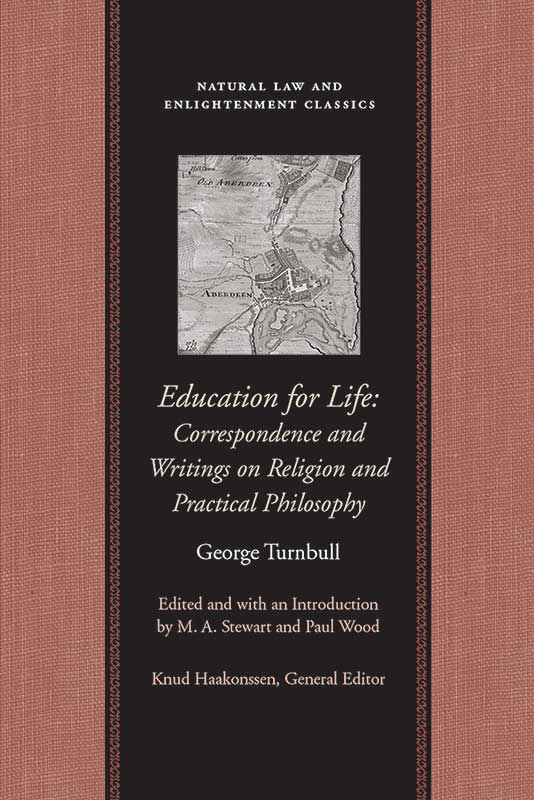