By John Brown
Edited and with an Introduction by David Womersley

John Brown (1715–1766) was a clergyman who achieved great but transient fame as a writer and moralist. His attack on Shaftesbury and “moral sense” philosophy, against which he employed utilitarian arguments and also arguments deriving from God’s benevolent intentions toward his creation, was published in 1751 and was later praised by John Stuart Mill.

The central text of this volume, An Estimate of the Manners and Principles of the Times (1757), is a vigorous attack on the “vain, luxurious, and selfish effeminacy” of England’s higher ranks, in the wake of the loss of Minorca to the French at the opening of the Seven Years’ War (1756–1763). Brown repeated the usual complaints of corruption that had been raised during the premiership of Walpole and argued that public virtue had been undermined by a preoccupation with luxury and commerce. Estimate was printed no fewer than seven times within the first year, earning the author the name “Estimate Brown.”

Alongside Estimate, the volume includes four other works by Brown: his poem On Liberty (1749); his Essays on the Characteristicks (1751), which is an attack on Shaftesbury’s Characteristicks; his Explanatory Defence of the Estimate (1758), in which Brown engaged to defend the work, to some modest extent, against his critics; and finally, a late work, Thoughts on Civil Liberty (1765).

Two appendixes complement the texts: a brief tribute to Brown by Thomas Hollis (an Englishman who devoted his life to the cause of liberty and for whom this series is named), in which Hollis depicts Brown “as a weak man who nevertheless possessed a measure of virtue and talent, and who fell among thieves in the feral literary and political circles of Hanoverian England.” The second appendix provides Hollis’s own annotations to his copy of Estimate.

The introduction, by David Womersley, places Brown’s writings and career in the context of eighteenth-century moralism and, naturally, in the tradition of British writing on liberty. The annotations gloss now-unfamiliar words and explain now-obscure references to contemporary events, circumstances, and personalities. 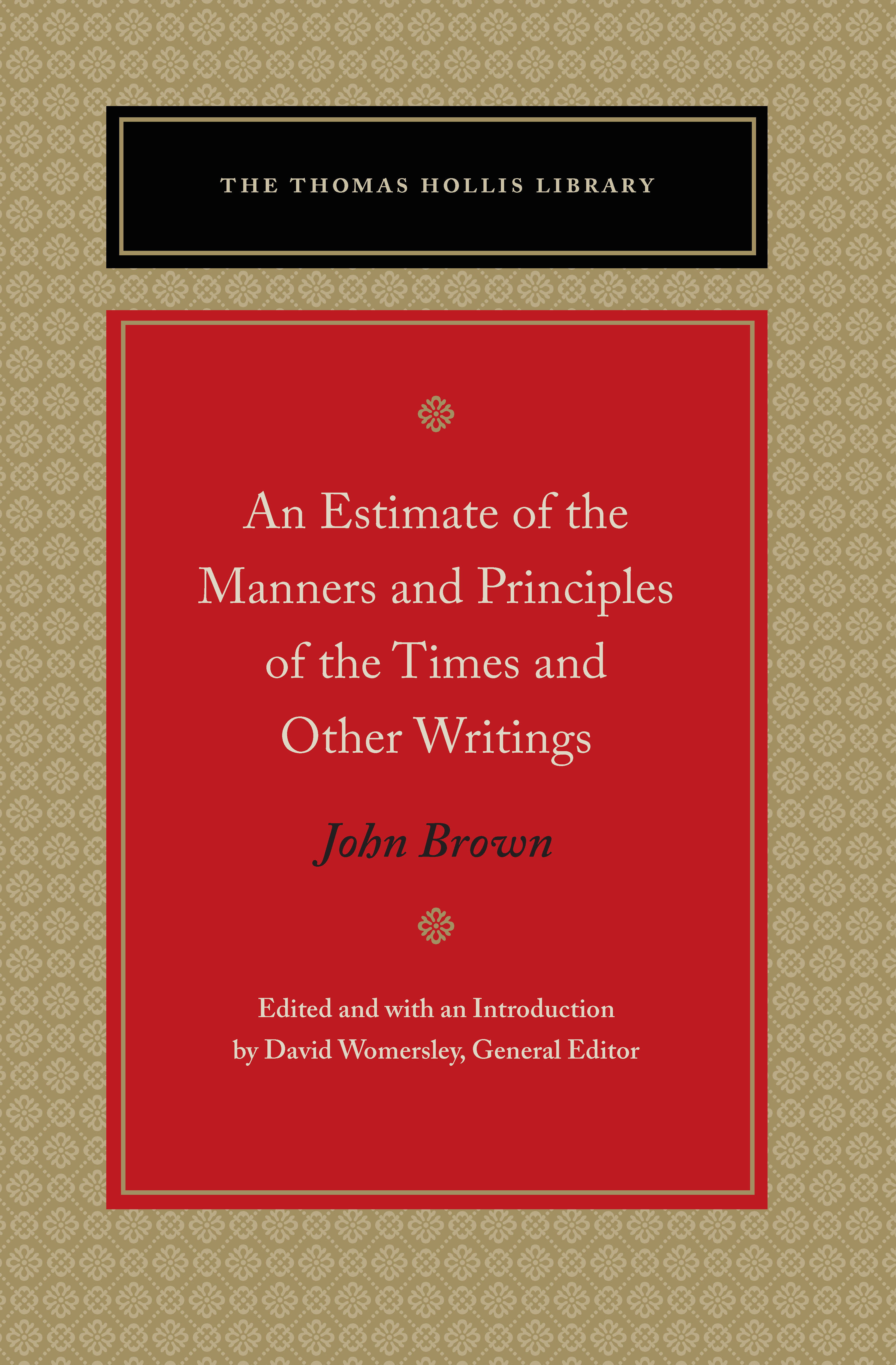