A Historical Sketch of Liberty and Equality

A Historical Sketch of Liberty and Equality is a window to one of the most important historians of all time.

A historian’s historian, F. W. Maitland was never to be caught indulging in fanciful speculation about times long past. Rather, he said, “We shall have to think away distinctions which seem to us as clear as the sunshine; we must think ourselves back into a twilight.” To achieve this discipline, Maitland chose his tools of historical analysis with a lawyer’s care. For example, to decipher works of medieval law written in Anglo-French patois, he became “grammarian, orthographer, and phoneticist.”

Thus did none other than Lord Acton declare Maitland to be “the ablest historian in England.” In 1875, at only twenty-five years of age, Maitland, in pursuit of a fellowship in Cambridge University, submitted a remarkable work entitled “A Historical Sketch of Liberty and Equality as Ideals of English Political History from the Time of Hobbes to the Time of Coleridge.”

F. W. Maitland (1850–1906) was the Downing Professor of the Laws of England at the University of Cambridge and an unparalleled scholar of medieval law. 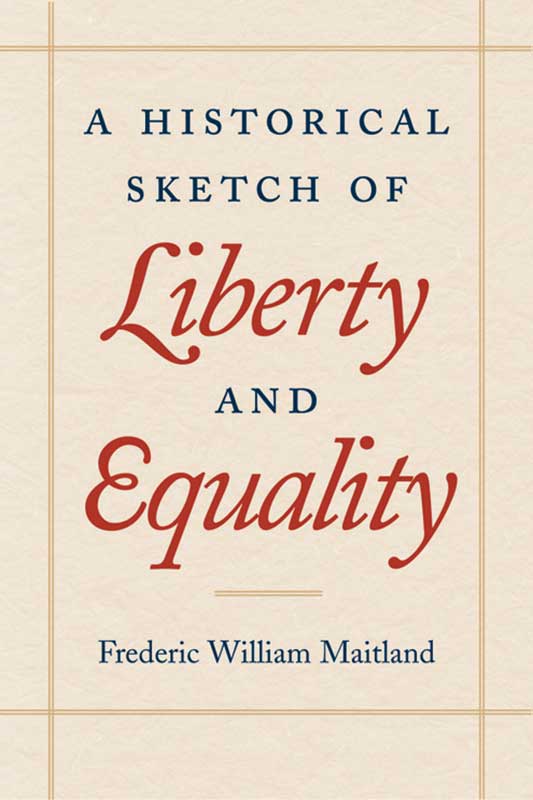 Note on the text, index.