A Concise History of the Common Law

As always during its long history, English common law, upon which American law is based, has had to defend itself against the challenge of civil law’s clarity and traditions. That challenge to our common-law heritage remains today. To that end, Liberty Fund now makes available a clear and candid discussion of common law. A Concise History of the Common Law provides a source for common-law understanding of individual rights, not in theory only, but protected through the confusing and messy evolution of courts and their administration as they struggled to resolve real problems. Plucknett’s seminal work is intended to convey a sense of historical development—not to serve merely as a work of reference.

The second half of the book consists of chapters introducing the reader to the history of some of the main divisions of law, such as criminal, tort, property, contract, and succession. These topics are treated with careful exposition so that the book will be of interest to those just embarking on their quest in legal history while still providing enough substantial information, references, and footnotes to make it meaningful for the well-versed legal history reader.

Theodore F. T. Plucknett (1897–1965) was an English legal historian. At twenty-six, he was appointed by Roscoe Pound as professor of legal history at Harvard Law School. 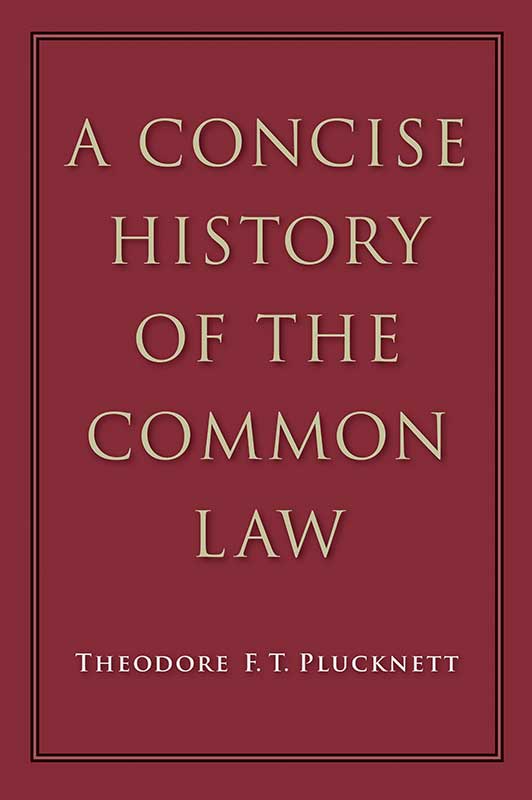